988 Hotline Goes Live: Ready or Not, Here it Comes 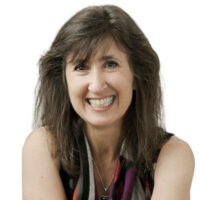 This Saturday (July 16, 2022), the new national mental health crisis hotline 988 goes live. Authorized by the National Suicide Hotline Designation Act of 2020, 988 builds on the infrastructure of the National Suicide Prevention Lifeline (Lifeline) but with a more significant directive to provide 24/7 phone or text support for anyone experiencing a mental health or substance use crisis or in need of suicide prevention services.

The hotline will undoubtedly save lives. Suicide was the 12th leading cause of death in the U.S. in 2020, claiming the lives of over 45,900 people. According to the Substance Abuse and Mental Health Services Administration (SAMHSA), that same year 12.2 million adults and 3 million adolescents (ages 12-17) had serious thoughts of suicide.

The 988 hotline also has tremendous potential to divert people in crisis from criminal involvement or unnecessary emergency department or hospital utilization and ensure individuals receive the counseling and services they need in a timely manner. People with psychiatric conditions often lack routine care so when their symptoms escalate into a mental health or substance use crisis, they (or someone concerned about them) call 911. The dispatcher typically deploys Emergency Medical Services or law enforcement, which may not be necessary or appropriate for mental health crises and all too often can lead to the criminalization of mental illness. The 988 hotline provides trained counselors to respond to calls so they can resolve immediate needs and deescalate risk while creating new care pathways for those requiring treatment.

This may be one of those moments in history where we look back and say, “thank goodness 988 was implemented.” To get there, we must invest and plan adequately to ensure that 988 achieves its full potential. Yet, there are numerous challenges.

First, confidence is lacking, and some communities have not done extensive planning. According to a new report by the Rand Corporation, fewer than half of the public health officials responsible for deploying the new 988 hotline are confident their communities have the necessary staff, financing, or equipment. Less than one-half of respondents (41 percent) reported their agency was involved in developing a strategic plan for the transition to 988.

Further, there is a great deal of uncertainty about the expected volume of calls, making it challenging to forecast how much additional capacity is needed at call centers. In 2021, the Lifeline received 3.6 million calls, chats, and texts. In their December 2021 appropriations report, SAMHSA projected a 25 percent increase in call volume and flat levels of engagement in chat and texts. Some local officials are skeptical of this, particularly since many are not actively promoting 988.

Second, communities are not sure who is on first when it comes to messaging about 988. It feels like the classic Abbott and Costello skit. SAMHSA and the Action Alliance for Suicide Prevention developed a 988 toolkit advising that local communities craft their own messaging. Yet providers, local governments, and (to varying degrees) states seem to be waiting on additional federal guidance. While there has been considerable media coverage about the launch of 988, SAMHSA has recently advised to hold off on extensive marketing of 988 until more resources are obtained. A confusing or limited awareness campaign may keep people who need support the most from knowing about it.

The extensive variation in how behavioral health services are financed and organized across states contributes to the confusion in planning and messaging. There are Medicaid-managed care vs. state-run systems, states with integrated mental health and substance use disorder (SUD) agencies vs. states where those remain under separate entities and states where counties play a more significant role in administering behavioral health programs.

Third, states may not have enough resources to sustain 988 for the long-term. While $105 million in federal funds were made available to states to support the transition to 988, there is considerable variability in how different states intend to sustain 988. For example, Illinois’ state budget for FY23 transfers $5,000,000 from the 911 trust fund to create a new 988 trust fund. This was not without controversy; the Illinois Association of Chiefs of Police objected to the “sweep” and indicated that 911 call centers needed those resources to operate effectively. Several states, including Colorado and Washington, have passed legislation to create new excise taxes to support 988, while similar proposals in other states such as South Carolina have failed.

Fourth, there are also practical concerns about the availability of the behavioral health workforce. Call centers must be appropriately funded and staffed with well-trained counselors who can effectively answer calls and assess and manage a wide range of concerns relating to mental health, suicide risk, and substance use. The centers must also be well connected to other systems such as mobile crisis teams, outpatient behavioral health providers, and peer support. Yet, the behavioral health and crisis care system is already experiencing a national workforce shortage and has been severely underfunded for decades.

Inevitably, other vital components of crisis response, such as mobile crisis and outpatient providers, will be impacted. Call centers may be able to resolve the needs of many callers. Still, we must strengthen the capacity of the entire behavioral health delivery system to help prevent people from getting into a crisis in the first place and to support their behavioral health care needs for the longer term after the immediate crisis has been resolved. National groups such as the Bipartisan Policy Center have published recommendations to ensure adequate workforce and  sustainable financing across the crisis continuum.

Lastly, the Lifeline network has not been sufficiently expanded. About 85 percent of mental health agency directors surveyed by RAND Corporation reported a mental health emergency hotline or call center operating in their jurisdiction. Yet, fewer than one-half of those hotlines are part of the Lifeline network that will field 988 calls. Some communities have hotlines operated by mobile crisis providers who are closely coordinating with the Lifeline network and are likely to receive an increase in volume as calls are transferred between the two. Yet these entities have not been privy to the new federal or state funds as they have solely been directed to Lifeline providers. For 988 to be successful, we must increase the opportunities to add more providers to the network.

988 has the potential to help people in crisis, but it will require robust and long-term financing, clear and consistent messaging, and strong partnerships between federal, state, local governments, and provider agencies. Third Horizon Strategies is facilitating 988 planning discussions for clients and is committed to helping communities improve behavioral health crisis systems. Please reach out to learn more about how the firm can support your local efforts!

Mindy Klowden, MNM is a national consultant, leader, and strategist in behavioral health and integrated care. She is currently a senior director with THS, where she manages client relationships and deliverables, conducts research and policy analysis, and provides strategic consulting services to health systems, safety net providers, payers, and associations.